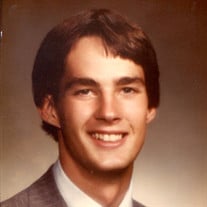 William Scott Gray of Pittsburg, KS passed away September 6th with his loving and devoted wife by his side. Scott was born on January 13, 1962 in Oakridge, Tenn. to William Arden Gray and Janice Carleen Gray (nee Garrett). Within a few years the family moved to Pittsburg, KS and this is where Scott grew up attending Horace Mann Elementary School, George E Nettles Elementary School, Lakeside Junior High School then Pittsburg High School. Scott played football for PHS and graduated from PHS in 1980, then attended Pittsburg State University for further studies in the Plastics program. On November 16th, 1985 Scott was joined in marriage to Lisa Gayle Platt at the University Timmons Chapel. Over the 33 years of marriage they lived in Kansas City, KS, Phoenix, AZ eventually returning to Pittsburg. Lisa was the love of his life, and Scott was the love of her life. They enjoyed watching the Kansas City Chiefs and Royals Baseball. His sense of humor will be missed by all his friends and family Scott worked at Watco for the past 7 years, enthusiastically planning, setting up and cooking for the Watco tailgate parties at the Pitt State Gorilla football games. He was a key team member for the warehouse and facilities team and was involved in many of the community activities on behalf of the company. He loved his job and loved his Watco family. Scott is survived by his wife Lisa Gray, parents William Arden Gray and Collen 0 Gray, his Sister Rebecca (Gray) Ash (Jeffrey), and brother Ed McKechnie, mother in-law-Charlotte Platt, his aunt Susan Lloyd, sister- in- law Kelly Collver, brother-in-Law Whitney Platt and partner Nick Typaldos. He is also survived by 5 nephews James Collver (Amy), Nick Ash, William Ash, Austin McKechnie and Jackson McKechnie. He was preceded in death by his Mother Janice Siebuhr and father-in-law Harry Platt, grandparents Ruth and Karl Garrett, Wilbur and Elta Gray and Bill and Elizabeth Lane, as well as his dear friend Dave Walker. A memorial service will held at 11:00am on Tuesday September 11, 2018 at the Timmons Chapel in Pittsburg. The family requests that instead of flowers, that donations be made to the SEK Humane Society. Condolences may be left at www.bathnaylor.com. Services are under the direction of the Bath-Naylor Funeral Home 522 S. Broadway, Pittsburg, KS.

William Scott Gray of Pittsburg, KS passed away September 6th with his loving and devoted wife by his side. Scott was born on January 13, 1962 in Oakridge, Tenn. to William Arden Gray and Janice Carleen Gray (nee Garrett). Within a few years... View Obituary & Service Information

The family of William Scott Gray created this Life Tributes page to make it easy to share your memories.

Send flowers to the Gray family.