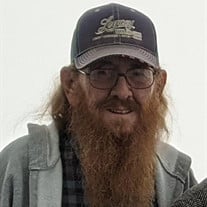 It is with great sadness that the family of Wayne Everett Beaman, age 69, of Mindenmines, MO, share the news of his passing on Tuesday, December 7, 2021. Wayne was born June 28, 1952 in Colorado Springs, CO, to Rex and Eva Beaman. Wayne was a member of the graduating class of 1970 of Liberal High School in Liberal, MO and married his soul mate, Rita, on May 18, 1974 in Yuma, CO-they were happily married for more than 47 years. He and Rita moved between Colorado and Missouri over the course of a decade, finally landing in Mindenmines and raising their family over the past thirty years. Wayne attended college in Denver and Sterling, CO and Pittsburg State University. He entered the Air Force in 1971 and was stationed at Grissom Air Force Base in Peru, Indiana. He served as a General Purpose Vehicle Repairman and earned the National Defense Service Medal. Upon leaving the Air Force he continued laying brick, which he learned from his father in his early teens. He was a master brick mason of nearly 55 years, working in Joplin, MO and the surrounding area for the majority of his career before he was hired as foreman for MGM Masonry out of Kansas City, KS. He was actively involved in his community, including serving as Den Leader of his childrens' boy scout pack 87 out of Frontenac, KS; training out of Crowder College for wildland firefighting and serving as a volunteer firefighter for the Mindenmines Volunteer Fire Department. Wayne is lovingly remembered by his wife Rita and three children: Nathan (Tabitha); Corey; and Laney (Wesley); five grandchildren Melanee, Jonathan, Ethan, Elam, and Eisley; and siblings Laynetta (Cecil); Glenda (Samuel); Lowell (Beverly); and Patti (Jim). He was preceded in death by his parents and two baby sisters, Wanda and Reba. Services will be held at Bath-Naylor Funeral Home on Saturday, December 11th with visitation from 1:00-2:00pm, followed immediately by the funeral ceremony, and then burial at the Barton City Cemetery in Liberal, MO. In lieu of flowers, donations can be made to the Missouri Prairie Foundation at https://moprairie.org/donate/ or by mailing funding to: Missouri Prairie Foundation, c/o Bank of Missouri, P.O. Box 856, Mexico, MO 65265-0856.

It is with great sadness that the family of Wayne Everett Beaman, age 69, of Mindenmines, MO, share the news of his passing on Tuesday, December 7, 2021. Wayne was born June 28, 1952 in Colorado Springs, CO, to Rex and Eva Beaman. Wayne was... View Obituary & Service Information

The family of Wayne Everett Beaman created this Life Tributes page to make it easy to share your memories.

It is with great sadness that the family of Wayne Everett Beaman,...

Send flowers to the Beaman family.