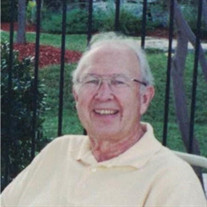 Terry Lester Mendenhall, PhD Terry was a geese’s goose… a people’s person who was always quick to connect others with his wit and wisdom. Born early spring in Dunlap, Iowa to Lester and Mamie Mendenhall, Terry lived most of his early years in Wahoo, Nebraska with his sister Colleen (Lawrence) Lindquist. Working for the family dry cleaning business he somehow managed to graduate from high school early at age 16, after which he attended Midland College in Fremont, Nebraska graduating with an undergraduate degree. Terry was drafted into the army to serve in the Korean War and was stationed in Ansbach, Germany. He served as a parts specialist for the infantry’s frontline defense along the German/Soviet border. After returning from the war Terry participated in the GI bill and received his master’s degree from the University of Nebraska. While working one day in the dry cleaners he noticed ‘the most beautiful woman in the world’ walk by the storefront window. Shortly there after he married Ellen Olesen a local school teacher from Wisconsin. Upon graduating Terry took a position in Conoco petroleum in Prairie Village, Kansas. It was there that they started their family welcoming their first child Lori (Mitch) Patton. Not satisfied with a corporate desk job, he chased his desires to be an educator. In 1964 he took a position with Kansas State Teachers College (now Pittsburg State University). Making their home in Pittsburg, Kansas they enlarged their family with two sons Mark (Gayla) and Kent. With a full family in primary school, he worked double time half salary to receive his PhD from Kansas State University. Terry was known for walking the collegiate halls and over time he built a strong personal relationships with students and faculty. Ultimately retiring as one of the longest serving revered Deans of the Kelce School of Business. After retirement in 2003, Terry made time for family, travel, and social activities. His family had grown considerably to include grandchildren Ashleigh (Adam) Kunshek, Erin (Alex) Stephan, Lane, Will, Maxwell and Samuell Mendenhall. Recently reached a milestone when he held his great granddaughter Harper Kunshek. He and Ellen traveled the world with friends and family until her death in 2007. After Ellen’s death he met Norma Bailey Gnatzig and they were married in 2009. Once again Terry’s family grew to include Scott, Marc and Matthew Bailey, Lisa (Marvin)Singleton and Lori Crimson. Norma and Terry continued to travel with family and friends spending time with the Gnatzig family at Bass Lake in Hayward, Wisconsin. Socially he was involved in the Kiwanis Club, SBDC Delta Mu Delta and the Sigma Phi Epsilon fraternal organizations. He also was a longtime board member for the Kansas Teachers Credit Union. A longtime member of St. John’s Lutheran Church, services will be held on Monday November 1, 202 1. A visitation for family and friends at 10:00am and a full remembrance ceremony will be held immediately afterwards at 11 AM, at the St. John’s Lutheran Church, where friends, colleagues and entertainers are welcome to share their thoughts. In Lieu of flowers the family suggests sending memorials to charities of their choice or the Kelce School of Business, which is currently raising funds for expansion.

Terry Lester Mendenhall, PhD Terry was a geese&#8217;s goose&#8230; a people&#8217;s person who was always quick to connect others with his wit and wisdom. Born early spring in Dunlap, Iowa to Lester and Mamie Mendenhall, Terry lived most... View Obituary & Service Information

The family of Terry Lester Mendenhall PhD created this Life Tributes page to make it easy to share your memories.

Terry was a geese’s goose… a people’s...

Send flowers to the Mendenhall family.