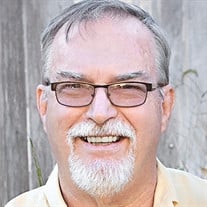 Stephen D. Hite, 70, of Pittsburg, KS died August 20, 2018 from injuries sustained in an auto accident south of Pittsburg, KS. He was born August 5, 1948 in Pittsburg, KS the son of Darrel and Eloise (Stephens) Hite. He graduated from the Southeast Rural High School with the Class of 1966. He went on to Pittsburg State University where he graduated with a Bachelors of Education Degree in May 1970, then received his Masters Degree in 1972. He began his education career in 1970, and then took a 13 year break to run Hite enterprises where he owned Pronto Convenient Stores and was a Mobil Oil Distributor to local farms. He returned to education in 1989 where he completed 31+ combined years finishing in Kingman, AZ. On January 15, 1988 he was united in marriage to Dixie Breiner in Las Vegas, NV, she survives him of the home. Additional survivors include two daughters: Mona (John) Botter and Regina (Jeff) McGinnis both of Rio Rancho, NM; two brothers: Greg (Bea) Hite and Stu (Amy) Hite both of Pittsburg, KS; four grandchildren: Mikayla and Colten Madison, Katelyn Botter and Alexandria McGinnis along with numerous nieces, nephews, and great niece & nephews. He was preceded in death by his parents, a son Keith Darrel Hite, a daughter Angela Hite and a brother Gary Hite. He was a member of the Black Diamond Masonic Lodge in Weir, where he had attained his 3rd degree. He also was an avid card player and sports enthusiast. He played softball for over 40 years and officiated youth football, baseball and basketball Funeral services will be 10 am Saturday, August 25, 2018 at the Bath-Naylor Funeral Home with Pastor Kyle Rogers officiating. Burial will follow in the Cherokee City Cemetery. The family will receive friends at the funeral home from 6-8 pm Friday evening. Condolences may be left at www.bathnaylor.com. Memorials may be made to the Keith Hite Memorial Scholarship Fund at Pittsburg State University; these may be left at or mailed to the funeral home. Services by Bath-Naylor Funeral Home 522 S. Broadway Pittsburg, KS.

Stephen D. Hite, 70, of Pittsburg, KS died August 20, 2018 from injuries sustained in an auto accident south of Pittsburg, KS. He was born August 5, 1948 in Pittsburg, KS the son of Darrel and Eloise (Stephens) Hite. He graduated from the... View Obituary & Service Information

The family of Stephen D. Hite created this Life Tributes page to make it easy to share your memories.

Send flowers to the Hite family.