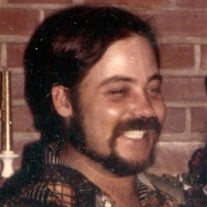 Born October 3rd, 1957, the youngest child of Lawrence Edward and Betty Lue Harmon Epperly of Laguna Beach, California. His father told him he was named after his two best friends, a chinaman named Art Luchi and a drunken painter, Stan white. Stan left home on his 18th birthday and completed high school while living with his brother in southern California. He enlisted in the Army in March of 1977 as a Track Vehicle Mechanic and trained at Fort Knox, Kentucky before receiving his Battalion assignment. Given the choice between Fort Leonard Wood and Fort Riley he chose the one closest to California. It was at Fort Riley he met the love of his life Debby, who would be with him for the next 40 years. Of course, being the stubborn bachelor he was he fell in love with her son JJ, who became the child of his heart and stuck around long enough to fall for the mom too. Stan married Debby (Deborah Lynn Frevele) on October 6th, 1977 on a beach at Lake Milford near Fort Riley. They resided in Junction City. He did his Army service: keeping the B. Motor Pool Vehicles in top mechanical condition and training ROTC cadets in the operation of those vehicles. In 1980 the Epperly’s moved to Paradise, California to begin their lives as civilian family. June of 1982 saw the family increasing and job prospects dwindling so a move back to rural Kansas to raise their child on the way in a safer environment. Stan’s first job was on the 4th Street Project for the (then) new high school. At the end of that he worked for Pittsburg Sanitation for 5 years. The job at Tyrell’s ran from 1985 to 1994. He then worked maintenance at Superior until the plant closed in 2008, while also working for (Freddie Van). His last years were filled with pain from spinal degenerative disease, COPD and diabetes with all its complications. But he refused to give up. A surgery for repair of some of the back damage was followed by a heart attack which had Stan re-defining Triathlon, I told him it's not supposed to mean 3 hospitals in 3 days! But after open heart surgery, numerous cardiac cath procedures, as well as the second half of the 2nd part back procedure and another mild cardiac event. We thought he was getting better. Stan is survived by his wife of 40 years of the home, Deborah Lynn Frevele Epperly; son, Lawrence Edward Epperly II (Buck) and Pam of Colorado; daughter-in-law, Amiee Lynn Smith Epperly; 3 grandchildren, Zahn David Epperly, Rowan John Epperly and Lilea Rhiannon Nicole Epperly. As well as too many nieces and nephews to accurately count and depends on who is claiming us this week. Preceded in death by Lawrence Edward Epperly (1912-1990), John Joseph Jake Epperly (1971-1990) and Betty Lue Harmon Epperly Adams (1924-2001) Memorial services will be 7 pm Monday, June 11, 2018, at the Bath-Naylor Funeral Home in Pittsburg with Chaplin Darrell Martin officiating. Family will receive friends before the services from 6 pm until service time.

The family of Stanley Arthur Epperly created this Life Tributes page to make it easy to share your memories.

Send flowers to the Epperly family.