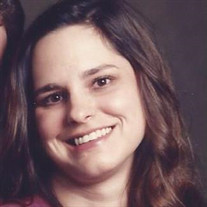 MULBERRY, KS – Robin Lynn (Jackson) Purdon, 52, of Mulberry, died April 16, 2017 at Via Christi Village in Pittsburg, KS. She was born February 26, 1965 in Pittsburg, KS the Daughter of Bruce Allan and Sharon Diane Elrod Jackson. She had been an area resident since the age of 19, moving from Chanute, KS. She graduated from Chanute High School in 1983 and from Pittsburg State University in 1987 with a BS Degree in Communications. She married Jeffrey William Purdon on May 28, 1995 at Friends Home Lutheran Church in Savonburg, KS and he survives at the home in Mulberry, KS. Robin had worked at National Pizza Company in Pittsburg for 26 years and was currently the Claims Manager. She had also worked at Barto’s Idle Hour in Frontenac and Jim’s Steak House in Pittsburg while she was at the university. She was a member of St. John’s Lutheran Church in Pittsburg, was a dance mom at the YMCA Academy of Dance and a Cheer Mom at Frontenac High School. Survivors include her husband Jeffrey of the home, two daughters Alaina Purdon who is a student at PSU and Jillian Purdon who is a student at Frontenac High School. Her parents Bruce and Sharon Jackson of Chanute, one sister Lori Wilson and her husband Dennis of Chanute, and one brother Mark Jackson and his wife Angie of Olathe, KS, several nieces and nephews. Funeral services will be 2 pm Friday April 21, 2017 at St. John’s Lutheran Church, Pittsburg, with Tom Wehrman, pastor, officiating. Burial will be in the Highland Park Cemetery in Pittsburg, KS. The family will receive friends from 7 to 8 pm Thursday at the Bath-Naylor Funeral Home, 522 S. Broadway in Pittsburg, KS. A memorial has been established to the educational fund for her daughters Alaina and Jillian in care of the funeral home. Condolences for the family may be left at our web site www.bathnaylor.com.

The family of Robin Lynn Purdon created this Life Tributes page to make it easy to share your memories.

Send flowers to the Purdon family.