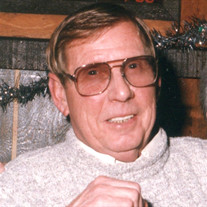 Robert L. Hough 77, of Pittsburg, KS died 2:55pm Saturday March 25, 2017 at the Via Christi Hospital in Pittsburg, KS following an illness. Robert was born August 8, 1939 in Ft. Scott, KS the son of John Wesley and Mable (Hines) Hough. Shortly after his birth his family moved to Cherokee, KS from New Home, MO. Robert attended Cherokee Community High School and graduated in 1957. Upon graduation Robert served his country for 3 ½ years in the United States Air Force and was honorably discharged in 1960. After his military service he earned a B.S. Degree and later a MBA from Pittsburg State University. Robert drove a bus for Crawford County Schools before going to work for Boeing Aeronautics in Wichita. He later worked for KDOT as a construction engineer in Independence, KS. In addition he worked for the City of Pittsburg for over 30 years as the Information Manager of the I.T. Department. He taught a computer science night class at PSU for many years. Robert developed and the managed the G.I.S. Department for the City of Pittsburg. Robert was a big sports fan especially enjoyed going to Kansas City Chiefs and Royals games. He was a season ticket holder for the Kansas City Chiefs for many years. On January 4, 1986 Robert married Joyce Banke Yetzbacher at the Our Lady of Lourdes Catholic Church; she survives at the home. Robert was loved and respected by all his family, friends and co-workers. He will greatly be missed by all. Survivors include his wife; son Chris Yetzbacher of Pittsburg, KS; brother Jim Hough of Virginia; sister-in-law Ruby Lappping Hough of Virginia; many nieces and nephews including Rose Burns, John Hough, Debbie McCoy and Martha Weeks; brother and sister-in-laws Tom and Luann Banke, Sharon and Wayne Glaser and Jolene Potts. Robert was preceded in death by his parents, brothers Raymond, Buford, John and Calvin Hough; nieces Margaret Hough and Ruby Hough Cross. Funeral Services will be 10:00am Friday March 31, 2017 at the Bath-Naylor Funeral Home in Pittsburg, KS with Fr. Thomas Stroot officiating. Burial will follow at the Hosey Hill Cemetery in Weir, KS. Family will receive friends from 7-8:00pm Thursday March 30, 2017 at the Bath-Naylor Funeral Home in Pittsburg, KS; friends may call after 2:00pm Thursday. In lieu of flowers the family asks expressions of sympathy to be in the form of memorials to the Wesley House in Pittsburg, KS. Friends may drop off or mail memorials to Bath-Naylor Funeral Home 522 S. Broadway Pittsburg, KS 66762. E-mail condolences may be left at www.bathnaylor.com. Arrangements and services are under the direction of Bath-Naylor Funeral Home of Pittsburg, KS.

The family of Robert L. Hough created this Life Tributes page to make it easy to share your memories.

Send flowers to the Hough family.