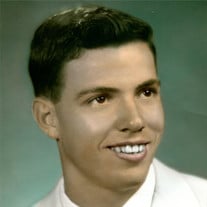 Robert Boyd Garner, 74 of rural Ringo, KS, died at 4:40 P.M., Tuesday, September 20, 2016 at the home of his sister of Girard, KS after nearly a year's fight with thyroid cancer. Mr. Garner was born April 8, 1942 in Pittsburg, KS the son of Boyd and Marjorie (Watson) Garner. Bobby attended Forest Park and Westside grade schools, Lakeside Junior High and then graduated from Pittsburg High School in 1960. He grew up with a love for working on cars. Bobby worked during high school and afterwards with his dad and uncle Clifford Garner, who were the owners of Garner's Auto Repair on East 4th Street, which later moved to East 3rd Street, He was a member of the Independent Garage Owners. He later purchased the business and worked there until 1987. He then worked for FMI busi­ness forms and then for Monsour's for several years. He also worked for O'Malley Implement as a John Deere mechanic for 22 years until he retired in 2011. He loved to fish, hunt pheasant & deer and was quite good at all of them. It seemed to come to him naturally, as he was raised doing them with the Garner family. Many nights were spent at Hollister Lake near Hiattville, Kansas fishing all night. This was done with his family and with uncles & aunts and cousins. He always had his freezers full of meat for the family and friends. He was known by many as being great at raising a garden. Bobby loved to share his garden with many at O'Malley's, John's Sport Center and family members. There were a lot of tomatoes, corn and other veggies canned from his garden. He had a heart of gold and would give you the shirt off his back. Bobby accepted Jesus as his Savior when he was a young man and is a member of Mt. Olive Baptist Church of rural Girard, KS. He married Maxine Askins, they later divorced. He is survived by three sons Eddie (Leslie) of Pittsburg, Greg of Girard and Kurt Garner presently in Italy. He has six grandchildren: Taylor, Trevin, Trinity, Emalee, Brayden and Kelsey; a special companion Joyce Weston; two sisters: Sue (L.D.) Butts of Alamo, Texas and Judy (Marvin) Boore of Girard, KS. He is preceded in death by his parents, Boyd and Marjorie Garner Funeral services will be at 10:00 A.M. Saturday, September 24th, 2016 at Mt. Olive Baptist Church, 230 East 590th Ave. Girard, KS. Marvin Boore brother-in-law will be officiating. Burial will follow at Garden of Memories Cemetery, Pittsburg, KS. Visitation will be September 23rd from 6:00 - 8:00 P.M. at Bath Naylor Funeral Home in Pittsburg. Memorials may be made to the Mt. Olive Baptist Church; these may be left at or mailed to the funeral home. Condolences may be left at www.bathnaylor.com. Services by Bath-Naylor Funeral Home 522 S. Broadway, Pittsburg, KS 66762.

The family of Robert Boyd Garner created this Life Tributes page to make it easy to share your memories.

Send flowers to the Garner family.