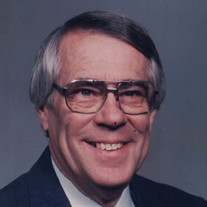 Robert (Bob) Drennen, 80, of Pittsburg, KS, passed away July 28, 2019 at Via Christi Hospital. He was born December 12, 1938 in Mountain Grove, MO, the son of Albert and Roberta (LeMaster) Drennen. Bob married Benita Russell on August 28, 1960. They were married for nearly 59 years and she survives of the home. Bob served in the National Guard for 8 years. He was the owner/manager of Dryer Shoe Store, also held employment with Carolina Shoe Company, Superior, and Wal-Mart. He was a 1957 graduate of PHS and attended Kansas Teacher’s College (PSU). Bob was a member of Trinity Baptist Church in Pittsburg and loved working on old cars and attending car shows. Other survivors include three daughters; Carol Gee of Frontenac, KS; Debbie and her husband Jack Fulks of Wichita, KS; Judy and her husband Chris Maffei of Winston-Salem, NC. One sister Janice Chaney of Chanute, KS. Six grandchildren: J.D. Gee and his wife Tiffany of Webb City, MO; Brad Gee and Jennifer Gee both of Frontenac, KS; Kayla and her husband Chris Gimple of Wichita, KS; Stefanie Smith (Levi Weaver) of Haysville, KS; CJ Maffei and his wife Alex of Grove, OK. Two great grandchildren: Katelynn and Addison Gimple, both of Wichita, KS. He was preceded in death by his parents; granddaughter Misty Maffei; and son-in-law David Gee. Funeral services will be 2 pm on Thursday, August 1, 2019 at Bath-Naylor Funeral Home in Pittsburg, KS with Pastor Jordan Hodges officiating. Interment will follow at Garden of Memories Cemetery in Pittsburg, KS. Visitation will be from 6-7:30 pm Wednesday, July 31, 2019 at Bath-Naylor Funeral Home, 522 S. Broadway in Pittsburg, KS. Memorials may be made to Trinity Baptist Church. Condolences may be left at our website www.bathnaylor.com. Arrangements are under the direction of Bath-Naylor Funeral Home.

The family of Robert (Bob) Drennen created this Life Tributes page to make it easy to share your memories.

Send flowers to the Drennen family.