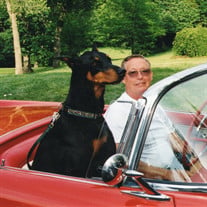 Robert “Bob” N. Allison, 75, of Pittsburg, KS died peacefully at 6:48 am, Wednesday September 28, 2016 at the Via Christi Hospital in Pittsburg. Bob was born February 25th, 1941 in Minneapolis, Kansas, the beloved youngest son to Ralph Raymond Allison and Agnes (Gawith) Allison. He graduated from Minneapolis High School in 1960. On August 21st, 1965 Bob married Janice M. David in Lenora, Kansas. Bob had a zest and passion for life that was evident in everything he did. Willing to work hard, always open to learning new things, and never giving up on himself or his vision, Bob created his own career path to success—the realization of his own version of the American Dream—which took him from a simple welder and Army reservist in Salina, Kansas to the president of and founder of Horizons Systems in Lawrence, Kansas, Progressive Products in Pittsburg, Kansas and Apex Stages, a division of Progressive Products. The experience of having worked his way up through the ranks as a welder, a salesman, and an engineer gave Bob tremendous insight into the people and the organization of his own businesses. He was a hands-on leader who led by personal example, always knowing his employees by name no matter where they worked in his companies. Even after he retired in 2005, Bob still enjoyed dropping into the office or the shop floor, sometimes to make suggestions and sometimes just to cause trouble with his keen sense of wit. He will be greatly missed by all. Bob kept bees, gardened, flew small aircraft, fished, travelled the world, and finally got to own those classic Ford Thunderbirds he so admired as a young man, never taking for granted his good fortune in life. He was a Lawrence Elks club member, provided financial assistance to replace the roof of the historic Stoney Point cemetery near Baldwin, Kansas, and made an effort to employ farmers in his businesses for which he was given an award by Kansas governor Mike Hayden. Bob is survived by spouse Janice, sister Phyllis (Max) Marler, daughter Kimberly (Rob Hernandez), son Todd (Kim), two granddaughters Evie and Cassia, a grandson, Auggie, and his beloved dogs Beau and Suzie. Bob was preceded in death by his parents Ralph and Agnes (Gawith) Allison, sisters Marjorie (Dale) Wallace, Wilma (Garrett) Fox, Illa (Warren) Harder, and brother Darrel Allison. Funeral services will be held at 12:00 pm on Tuesday, October 4th at the Bath-Naylor Funeral Home 522 S. Broadway, Pittsburg, KS. Viewing will begin at 11 am. Burial will follow the service at Garden of Memories Cemetery, 149 South Highway 69, Pittsburg. A private memorial will be held at the Allison family home. Condolences may be left at www.bathnaylor.com. Memorial donations are welcome and may be given to SEK Humane Society, 485 East 560th Avenue, Pittsburg, KS 66762. http://www.sekhumanesociety.com/

The family of Robert N. Allison created this Life Tributes page to make it easy to share your memories.

Send flowers to the Allison family.