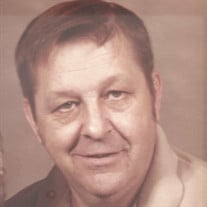 FRONTENAC, KS – Neil David Schmidt, 81, of Frontenac, KS, died June 6, 2017 at his home. He was born August 10, 1935 in Denver, Colorado, the son of Ben and Mae DeVore Smith. He had lived in Frontenac since September of 2016, moving from Quapaw, Oklahoma. Mr. Schmidt was veteran of the US Army serving from February 27, 1953 to February 17, 1956, during the Korean War. Decorations and medals included the National Defense Service Medal and the Army Occupation Medal (Germany). His most significant duty assignment was Light Weapons Infantryman. He married Ruth Miller on May 20, 1956 in Los Angeles, California and she preceded him in death on February 28, 2006. Mr. Schmidt was a self employed machinist, prior to his retirement. Membership was held in the First Christian Church in Quapaw, Oklahoma. Survivors include one daughter Caryn L. Normand and her husband Tyler of Frontenac, KS, two sons Neil Schmidt Jr. and his wife Lorell of Poway, California and Robert Schmidt of West Virginia, three sisters Marjorie Cromb and her husband James of Inwood, West Virginia, Josephine Chapman of Fresno, California and Alice DiSabatino and her husband Kevin of Georgia, nine grandchildren Jeffrey McClain, Trey Dawson and wife Brittany, Tyler Dawson, Gessyca Schmitzerla and husband Mike, Savannah Schmidt, Allie Schmidt, Abby Normand, Shelby Normand and TJ Normand and four great-grandchildren. He was preceded in death by his parents, wife Ruth, one son James Schmidt and two brothers, Willie Schmidt and Sam Schmidt. Private services and inurnment will be at a later date at the GAR Cemetery in Miami, Oklahoma. Arrangements are by the Bath-Naylor Funeral Home & Crematory, 522 S. Broadway in Pittsburg, KS. A memorial has been established to the American Heart Association, in care of the funeral home. Condolences may be left at our web site www.bathnaylor.com.

The family of Neil David Schmidt created this Life Tributes page to make it easy to share your memories.

Send flowers to the Schmidt family.