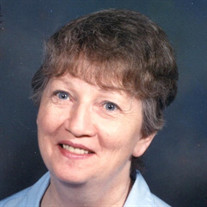 COLUMBUS, KS – Nancy L. Johnston, 80, a retired waitress, of Columbus, KS, died June 10, 2016, at Integris Hospital in Miami, OK. She was born April 23, 1936 in Wyandotte, OK the daughter of Lynn Spencer and Thelma Spriggs Voiles. She had been a resident of Columbus since 1971, moving from Miami and Wyandotte, OK. She married Hubert Johnston on June 4, 1953 and he preceded her in death on December 13, 1998. She had worked as a waitress at Sharp’s, Lakeside and Crow’s Restaurants in Columbus, prior to her retirement. Survivors include two sons Steven E. Johnston (Jamie) of Wyandotte and Roger L. Johnston (Karen) of Columbus, one sister Sally Wright of Dewey, OK, eight grandchildren and 14 great-grandchildren. She was preceded in death by her parents, one daughter Linda and three infant great-granddaughters, one brother Don Voiles and one sister Doris Johnston. Services will be 10am Wednesday, June 15, 2016 at the Bath-Naylor Funeral Home, S. 69 Highway in Columbus, KS with the Rev. Dennis Johnson, officiating. Burial will be in the Wyandotte Cemetery in Wyandotte, OK. The family will receive their friends from 6 to 7 pm Tuesday, June 14, 2016 at the funeral home. A memorial has been established to the All Gods Creatures, Columbus, KS in care of the funeral home. Condolences may be left at our web site www.bathnaylor.com.

The family of Nancy L. Johnston created this Life Tributes page to make it easy to share your memories.

Send flowers to the Johnston family.