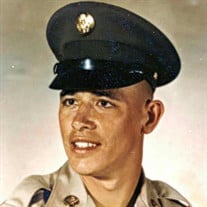 Michael L. King, 71, of Opolis, KS died at 12:48 pm on Wednesday March 4, 2020 at Freeman West Hospital in Joplin, MO following an illness. Michael was born July 20, 1948 in Chanute, KS the son of Edgar C. and Billie E. (McCoy) King. Michael was a graduate of Chanute High School and later served in the United States Army during the Vietnam War from 1969-1973. Following the war he attended Neosho County Community College. On June 2, 1973 Michael married Deborah L. Furrow in Chanute, KS; they later divorced. Michael has lived in the Pittsburg area the last 40 years managing Food Town and Ramey’s in Pittsburg, KS; a salesman for Butternut Bakery in Pittsburg, KS and a salesman for Frito Lay. Michael was of the Christian Faith but also enjoyed learning New Age. Mike was the original drummer for The Common Few? Band out of Chanute, KS with their one hit wonder titled “Love Makes a Man”. The band continued on while Mike was in Vietnam and was later inducted into the Kansas Music Hall of Fame in 2007. Michael was a basketball, baseball, and softball coach in the local youth leagues when his kids were active in sports and he was an avid Jayhawks, Chiefs, and Royals fan and most of all liked driving the back roads of Southeast Kansas. Survivors include his children Kasey King and wife Julie of Frontenac, KS and Kylee Broomall and husband Pete of National Park, New Jersey; his former wife Deborah L. King of National Park, New Jersey; grandchildren Kaden Broomall, Mason Broomall, Joseph Stover, Chet Stover, Hannah Adams and Gracie Stover and four great-grandchildren. Michael was preceded in death by his parents, son Kolby G. King, brothers Eddie King and Melvern King. Memorial Services will be at a later date at the Victory Life Church in Pittsburg, KS with Pastor Donnie Talent presiding. In lieu of flowers the family suggests donations be made to Kasey King. Condolences may be left at www.bathnaylor.com. Arrangements are by Bath-Naylor Funeral Home of Pittsburg, KS.

The family of Michael L King created this Life Tributes page to make it easy to share your memories.

Send flowers to the King family.