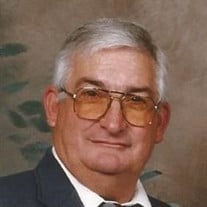 Melvin Clark Thomas, 75, passed away on January 17th at Integris Hospital in Grove, Oklahoma. Melvin was born January 24, 1943, in McCune, Kansas to Eleanor “Marie” and Alvin Thomas, Sr. He was married on November 21, 1987, to Barbara “Anne” Lamb (Hunter). They were lifelong residents of Kansas before relocating in 2014 to Jasper, Texas for retirement. Anne preceded him in death on February 17, 2016. Melvin graduated from Labette County Community High School in Altamont, Kansas in 1960. He then attended Pittsburg State University for a year before pursuing a career in sales. He worked for John Deere for several years. He had continued to farm on the side and eventually farming became his primary occupation. He joined Sherwood Cabinets, Inc in the early 1980’s as National Sales Manager and relocated with that business from Parsons to Burlington, Kansas. He was hired in 1995 as Project Manager for Decker Construction Inc. He eventually became Branch Manager for Decker Construction in Burlington and retired from that position in 2008. Melvin was a lifetime member of the Elks Lodge No. 527 in Parsons and received his 55 Year membership pin in 2018. In addition to his wife, Melvin was preceded in death by his parents, Alvin and Marie Thomas, and by his brother, Alvin Thomas, Jr. (Chigger). Survivors include: daughter, Tracy Fry (husband Jim); son, John Thomas; step-daughter, Brenda Beard (husband Bryon); two brothers: Calvin Thomas (wife Louise) and Francis Thomas (wife Susan); nine grandchildren; four great grandchildren; nieces and nephews; and many cherished friends. In celebration of Melvin’s life, two memorial services will be held for family and friends after which his ashes will be scattered in the Texas Gulf. Services will be held on Friday, January 25th, from 5:00-8:00 p.m. at the Elks Lodge in Parsons, Kansas and on Saturday, January 26th, from 5:00-8:00 pm at the Rock Creek Country Club in Burlington, Kansas. Condolences may be left at www.bathnaylor.com. Memorials may be made to the Elks Scholarship fund. Cremation arrangements are under the direction of the Bath-Naylor Funeral Home Pittsburg, KS.

The family of Melvin C. Thomas created this Life Tributes page to make it easy to share your memories.

Melvin Clark Thomas, 75, passed away on January 17th at Integris...

Send flowers to the Thomas family.