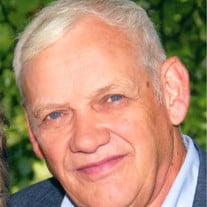 Marvin Lee Smith, 78, of Pittsburg, died at 11:03 p.m. Monday September 19, 2016 at the Via Christi Village Nursing Facility. He was born in Moline, KS the son of Wesley Morton and Zeta Mae (Forester) Smith. Marvin grew up and attended school in Moline, graduating from Moline High School in 1956. He and Donna Jo Wilson were married there, September 27, 1957. Marvin and Donna moved to Pittsburg in 1958 so Marvin could continue his education at what is now Pittsburg State University. He took a two year break while he taught all 8 grades at two different rural schools in Missouri. After he went back to college, he changed his major and graduated from PSU in the spring of 1966 with a degree in recreation. That summer, he began working for the City of Pittsburg as Assistant Recreation Director for Don Jolly and left that job when it was eliminated in 1971. In 1972, he began working for Gene Bicknell who was in the process of getting Pitt Plastics into production. Once production started, he worked a swing shift for four years and then continued into other jobs. He worked for Pitt Plastics for 31 years, retiring as a plant manager in October, 2003. His biggest project, following retirement was restoring a 1946 Ford pickup with the help of two neighbors, later participating in local car shows. Marvin loved the outdoors and spent as much time outside as possible, even if it was just to work in the yard. He liked to hunt and fish with friends and didn’t miss a deer season for many years, adding several mounted racks to his den walls. He spent a lot of time on softball diamonds, coaching several teams then playing softball and basketball until his 40’s. He followed KU Basketball and St. Louis Cardinals since high school and was a fan and supporter of PSU Athletics. Marvin was involved with Westside PTA (president one year) and the Pittsburg PTA (president one year). More recently, he was a member of the Sperry-Gallagher Audubon Society and felt privileged to serve on the board of Directors for the Homer Cole Community Center. Survivors include his wife Donna of the home; 2 daughters Lisa Richey, Kalamazoo, MI and Shana Plasters and husband Ross of Burlington, NC; two brothers Vernon Smith and his wife Karen, Coffeyville, KS Richard Smith and his wife Joan Linwood, KS; 3 Grandchildren Jeremy Wilson and his wife Mandy, Ryan and Rachael Plasters and a great-grandson, Parker Wilson. He was preceded in death by his parents. Graveside services will be 11 a.m. Saturday September 24, 2016 at the Moline City Cemetery in Moline, KS with Pastor Dena Allison officiating. The family will receive friends from 7-8 p.m. Friday at the Bath-Naylor Funeral Home in Pittsburg where friends may call after noon on Friday. Condolences can be sent to www.bathnaylor.com Memorial contributions can be made to the America Cancer Society, Homer Cole Community Center or the Elk Falls Methodist Church in Elk Falls, KS. Memorials may be brought by or mailed to the Bath-Naylor Funeral Home 522 S. Broadway Pittsburg, KS 66762.

Marvin Lee Smith, 78, of Pittsburg, died at 11:03 p.m. Monday September 19, 2016 at the Via Christi Village Nursing Facility. He was born in Moline, KS the son of Wesley Morton and Zeta Mae (Forester) Smith. Marvin grew up and... View Obituary & Service Information

The family of Marvin Lee Smith created this Life Tributes page to make it easy to share your memories.

Send flowers to the Smith family.