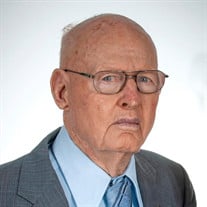 LeNell Filby, 101, adored husband, father, grandpa and great-grandpa, died at 10 p.m. Tuesday, Nov. 3, 2020, at the Via Christi Village in Pittsburg, Kan. LeNell was born Feb. 2, 1919, in Weir, Kan., the son of William and Sarah Mae (Mummert) Filby. He was a graduate of Weir High School in 1938 and was a talented athlete, baseball being his best sport. After high school, LeNell worked for The Civilian Conservation Corps. Then he earned his degree in aviation engines at International Correspondence Schools in Scraton, Penn., in 1944. That same year, LeNell enlisted in the U.S. Army and fought in World War II. He was a clerk typist, rifle expert and worked at the automobile service station. He was honorably discharged in 1946. On Sept. 11, 1947, LeNell married Betty Scott in Weir, Kan., at the Weir Baptist Church. LeNell was employed at Oldham’s Dairy 1946-1948, then worked at W.S. Dickey Clay 1948-1975. He finished his career at Harvest Brand 1975-1981, retiring in 1981. A devoted husband and father, LeNell enjoyed tending to his garden and having an immaculate yard. He would share his crops with family and friends. He had a lot of hobbies including wood working, hunting, fishing, baseball and tending to animals. He loved fixing things. He could build anything from a pattern and built all of his granddaughters rocking chairs for their dolls. After the war, LeNell got his private pilot’s license in 1946. He loved to fly and take family up in the air. Also, he loved playing and watching sports. He was a natural athlete and could pick up any sport quickly. He was known for being athletic, his humor, always putting a smile on your face and being a loving husband. He is survived by his children, Wilma Wehmeyer (Ron) of Pittsburg, Kan., and Kenneth Filby (Linda) of Pittsburg, Kan.; brother-in-law Neal Scott (Shirley) of Weir, Kan.; grandchildren, Rhonda Phillips, Carla Wehmeyer, Melissa McGuire, Jennifer Dickinson, Brianna Filby and Kevin Filby; six great-grandchildren; five nieces and nephews. LeNell was preceded in death by his beloved wife, Betty; his parents; brothers, LaMonte and John Ray; sister-in-law, Dorothy Bennett; nephew, Steve Scott; and niece, Cathy Ward. Per family’s wishes, private burial will take place at a later date. Condolences may be sent to www.bathnaylor.com. Arrangements and services are under the direction of Bath-Naylor Funeral Home of Pittsburg, Kan. LeNell will be dearly missed and forever in our hearts.

The family of LeNell Filby created this Life Tributes page to make it easy to share your memories.

Send flowers to the Filby family.