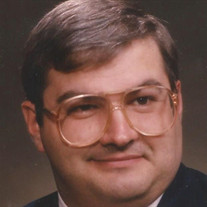 Joe Lee Clark, 62 of Pittsburg, formerly of Frontenac, KS died at 2:20 pm Wednesday February 15, 2017 at his home following a long illness. He was born September 8, 1954 in Pittsburg the son of Glen L. and Shirley (Franchione) Clark. He attended Frontenac Schools and graduated from Frontenac High School with the Class of 1972. On April 6, 1974 he was united in marriage to Christy Bohinc in Frontenac; she survives of the home. Joe was an American Family insurance agent for 14 years, he was also self employed in the apparel printing business. He was owner of ultimate choice catering in Pittsburg, Kansas. Joe served as the head football coach at Frontenac High School from 76-81. He was a teacher and coach. One of his greatest coaching accomplishments was beating St. Mary's Colgan twice in one year. Besides his wife and kids, coaching was his love He enjoyed watching his son Adam's football games, as well as his nephew Anthony’s. He followed his uncle Dennis Franchione's football coaching career. He also loved the Kansas City royals and enjoyed time with his family. He was a member of the Sacred Heart Catholic Church in Frontenac. Additional survivors include two sons: Adam (Vanessa) Clark of Minneapolis, MN and Joseph (Meredith) Clark of Girard, KS; a sister Glenna Crespino of Parsons, KS; two brothers: Rick Clark of Pittsburg and Dr. Michael Clark, DDS of Frontenac, along with 3 grandchildren: Gannon, Easton and Annabella Clark. He was preceded in death by his parents, and a brother-in-law Craig Crespino. Mass of Christian Burial will be 10 am, Monday February 20, 2017 at the Sacred Heart Catholic Church in Frontenac with Fr. Thomas Stroot as Celebrant. Burial will follow in the Mt. Carmel Cemetery. Family will receive friends at the funeral home from 6-8 pm Sunday evening. Condolences may be left at www.friskelfuneralhome.com. Memorials may be left to the Frontenac Youth League Baseball Program. Services and arrangements are under the direction of the Friskel Funeral Home Frontenac, KS.

Joe Lee Clark, 62 of Pittsburg, formerly of Frontenac, KS died at 2:20 pm Wednesday February 15, 2017 at his home following a long illness. He was born September 8, 1954 in Pittsburg the son of Glen L. and Shirley (Franchione) Clark. He... View Obituary & Service Information

The family of Joe Lee Clark created this Life Tributes page to make it easy to share your memories.

Send flowers to the Clark family.