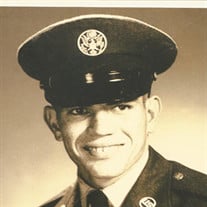 ARMA, KS – Jimmy Curtis Adcock, 84, of Arma, died August 14, 2020 at his home. He was born December 31, 1935 in Pittsburg the son of Curtis William and Ruth M. Hudson Adcock. He had been a resident of the Pittsburg area for most of his life. Mr. Adcock was a veteran of the Korean War serving in the United States Air Force with the 479th Transportation Squadron, from June 8, 1954 to July 24, 1957. He was awarded the National Defense Service Medal. He married Kathleen Williams in Miami, Oklahoma and she preceded him in death on September 18, 1989. Mr. Adcock was an over the road truck driver for 36 years, prior to his retirement. Membership was held in the American Legion Post #43 in Frontenac, KS. Survivors include three daughters Ellen M. Smith and her husband David of Arma, Patty Adcock of Pittsburg and Ruth Ann Kasiah of Arma, 9 grandchildren including Jordan Howard of Pittsburg, Travis Howard and his wife Misty of Miami, Oklahoma, Will Howard and his fiancé Shea of Owasso, OK, Shane Adcock and his wife Summer of Pittsburg, Theresa Bartmass and her husband Austin of Pittsburg, Mariah Adcock of Pittsburg, Audrey Garrison and her husband Michael of Kansas City, MO and Rebecca Pope of Seattle Washington. He was preceded in death by his parents, one brother Jack Adcock and one sister June Adcock. Graveside funeral services will be 2 pm Wednesday, August 19, 2020 at the Frontenac City Cemetery, with the Rev. Daryl Gaddy, officiating. Friends are asked to meet at the cemetery. Military rites will be conducted at the graveside service by the Frontenac American Legion Post #43. The family will receive their friends from 6 to 7 pm Tuesday, August 18, 2020 at the Friskel Funeral Home, 230 E. McKay, in downtown Frontenac, KS. Active pallbearers will be Dave Smith, Will Howard, Travis Howard, Austin Bartmass, Shane Adcock and Ron Smith. Honorary pallbearer will be Jordan Howard. Condolences may be left at our web site www.friskelfuneralhome.com.

The family of Jimmy Curtis Adcock created this Life Tributes page to make it easy to share your memories.

Send flowers to the Adcock family.