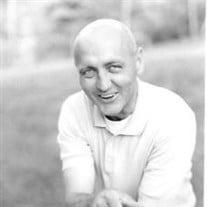 Dr. Jim Tudder Hamilton, born in Weir, KS in 1922, died at his residence in Pittsburg, KS, on April 18, 2020. Jim was the son of William R. and Eva Marie Hamilton of Weir, KS. While growing up in Weir, he inherited a love of the outdoors from his father and a love of sports from both his parents. He attended Independence Community College for 1 year and Kansas State Teachers College (Pittsburg State University) for 2 years before entering the US Navy and serving as “skipper” on a Landing Craft Support ship in the Pacific during World War II. His ship was part of a perimeter radar picket patrol in the Pacific Theater and in the Battle of Okinawa in April, 1945. Afterwards his ship was offshore in the Philippines, being outfitted for the invasion of Japan, when the war ended with the Japanese surrender in August, 1945. Post-war operations took him off the coast of Japan, near Tokyo and Sasebo in 1945 and 1946. Jim, an outstanding high school athlete and NAIA College All-American in basketball prior to the war, was recruited to continue his athletic career at the University of North Carolina—Chapel Hill. He played out his years of eligibility there, playing 1 year of basketball and 2 years of baseball as a Carolina Tarheel. It was at UNC that he also met and married William (Bill) Lloyd; her unusual name never detracted from her status as a true lady. After graduating from UNC with a teaching degree, Jim began his coaching, administrative and teaching career at Lenoir Rhyne College, coaching the men’s basketball team from 1950-57. He then entered George Peabody Teachers College (Vanderbilt University) and earned a doctorate degree in Education in 1959. From there his career took him to High Point College (1960-66), where he served as athletic director and chair of the physical education department and then to Western Carolina University in Cullowhee, NC (1966-88), where he was chair of the Physical Education Department. He retired from Western Carolina in 1988. During his career as a teacher, coach and administrator, he influenced countless students and faculty. He was a strong advocate for his students and continually sought to provide opportunities for them, especially those who were unfairly denied access to opportunity. In the mid-60’s, he led efforts to successfully desegregate the athletic program at High Point College, and in the 60’s and 70’s, he was in the forefront of providing funding and support for college women’s athletic programs several years before other institutions followed suit. For his accomplishments as an athlete, teacher, coach and administrator he was inducted into the Lenoir Rhyne Athletic Hall of Fame, Western Carolina University Athletic Hall of Fame, Huntsman World Senior Games Hall of Fame and the N.A.I.A. Helms Basketball Hall of Fame. Always encouraging and always positive, nothing gave him more pleasure than to see others achieve their goals. This spirit was evident when, after his retirement, he formed the Cullowhee Running and Social Club and began recruiting novice runners in their 50’s and 60’s. His group eventually traveled to races, both regional and national, including the Senior Olympics, where Jim and club members won numerous medals competing in 5K and 10K distances. In March 2004, he was cited in Running Times Magazine as one of the 10 fastest runners in the country in the 80-84 age group. He continued competing in races until age 90. Jim’s wife, Bill Hamilton, was his greatest and most loyal supporter. She died in 1999, two months after their 50th wedding anniversary. Jim is survived by his 3 children: John Hamilton (Dana) of Golden, CO; Beth Gorman (Scott) of Pittsburg, KS; William Hamilton of Weir, KS; 3 grandchildren: Austin Hamilton of Hickory, NC; John Gorman (Nury) of Lawrence, KS; and Ashley Hamilton of Phoenix, AZ, as well as many nieces and nephews. He will always be fondly remembered by hundreds of former students and will always be well-loved by his friends and family. In lieu of flowers, donations may be made in Jim’s honor to the Catamount Club (Western Carolina University, Cullowhee, NC), or the Bears Club (Lenoir Rhyne University, Hickory, NC).

Dr. Jim Tudder Hamilton, born in Weir, KS in 1922, died at his residence in Pittsburg, KS, on April 18, 2020. Jim was the son of William R. and Eva Marie Hamilton of Weir, KS. While growing up in Weir, he inherited a love of the outdoors from... View Obituary & Service Information

The family of Jim Tudder Hamilton created this Life Tributes page to make it easy to share your memories.

Send flowers to the Hamilton family.