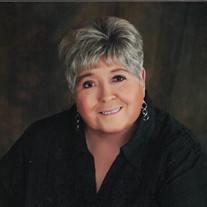 Jewell Lenora “Peggy” Bennett, 86, of Pittsburg, Kansas passed away on Friday, January 10, 2020 at Via Christi Village, following an illness. She was born July 5, 1933 in Monroe, Arkansas, the daughter of Connie E. and Lora M. (Scruggs) McGlawn. She was a graduate from Marvell High School in Memphis and spent most of her life in the Pittsburg area. Peggy was married to Kenneth Bennett on January 30, 1954 he preceded her in death on December 15, 2004. She worked for the City of Pittsburg as an administrative assistant for many years. Peggy was a member of Our Lady of Lourdes Catholic Church. She thoroughly enjoyed serving the Pittsburg community in various activities and organizations. Peggy was a member of the Pink Ladies, the YMCA Board since 1968 to present, she served on the Homer Cole Community center board, she was one of the founders of the Safe House and TOPS Ks 0599, United way, American Red Cross and she volunteered on the Salvation Army Board. Peggy is survived by her daughter; Theresa (Jeff) Amershek of Pittsburg, Kansas; and two sons; Patrick (Cindy) Bennett of Pittsburg, Kansas, Richard (Marilyn) Bennett of Destin, Florida; sister; Shirley, two brothers; Sonny, Buddy, six grandchildren; Amy (Chuck) Simpson, Aaron (Jesse) Amershek, Jordyn (Tim) Goodwin, Beau Bennett, Broc Bennett, Bailey Bennett; ten great-grandchildren; Chantz and Cooper Simpson, Zander, Zane, Zac and Zia Amershek, Haydn, Hadley and Madisyn Goodwin, Hazel Bennett and her beloved dog Pepper. She was preceded in death by her husband, son Michael Bennett, great-granddaughter Zoe Amershek, parents, and sister Arlene. Funeral Services will be held at 11 am, Tuesday, January 14, 2020 at the Bath-Naylor Funeral Home in Pittsburg, KS. Interment will follow at Highland Park Cemetery in Pittsburg, KS. Family will receive friends Monday, January 13, 2020 from 6-8 pm at the Bath-Naylor Funeral Home. In lieu of flowers the family asks expressions of sympathy to be in the form of memorials to the Safe House Inc. and the Pink Ladies. Friends may drop off or mail memorials to the Bath-Naylor Funeral Home 522 S. Broadway Pittsburg, Kansas 66762. E-mail condolences may be left at www.bathnaylor.com. Arrangements are by the Bath-Naylor Funeral Home of Pittsburg, KS.

The family of Jewell Lenora "Peggy" Bennett created this Life Tributes page to make it easy to share your memories.

Send flowers to the Bennett family.