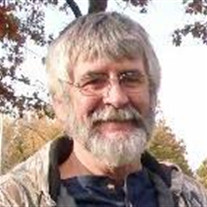 Jay D. Noe, 63 of Mulberry, KS died at 10:43 p.m. Saturday April 16, 2016 at the Medicalodge Nursing Home in Pittsburg, KS. He was born November 24, 1952 in Girard, KS the son of Harvey A. ‘Pete” and Della B. (Matson) Noe. He lived in the Southeast Kansas his entire life. Jay was a graduate of Girard, KS High School. He attended Automotive Tech college courses while working at M&M Motors in Girard. He continued his mechanic trade following M&M Motors at Pittsburg Ford. Jay was of the Christian faith. He was an active member and volunteer for the American Legion Post in Girard. Survivors include children-Justin Noe and wife Emily of Mulberry, Morgan Noe of Pittsburg, Tamara Ales and husband Josh of Washington, Jacob Miller of Pittsburg; his mother Della Noe of Frontenac; a brother Walter Noe of Radley a sister Sue Noe and Wayne Barnard of Burlingame; nephews Nicholas Grotheer, Brad Jordan, Eric Jordan and wife Alison; a half brother Dean Noe and a half sister Barbara Noe; a special friend/spouse Linda Green of Mulberry who helped provide for his care; grandchildren Finn, Ashton, Kyran, Addilyn and Madison. He was preceded in death by his father Harvey “Pete” Noe; brothers Harvey and Terry Noe; a half sister’s Kay Kulp and Donna Richardson; a sister-in-law Gloria Noe. Graveside services will be 2 p.m. Friday April 22, 2016 at the Farlington Cemetery in Farlington, KS. The Kansas Army National Guard Funeral Honors Detail Team will provide flag folding and presentation ceremonies. Friends and family are requested to meet at the cemetery. There will be a Memorial following for family and friends at Faces on Locust Street in Pittsburg, KS at 5pm. Condolences can be sent to www.bathnaylor.com Memorial contributions can be made to help the family with final expenses. Memorials may be brought by or mailed to the Bath-Naylor Funeral Home 522 S. Broadway Pittsburg, KS 66762.

The family of Jay D. Noe created this Life Tributes page to make it easy to share your memories.

Send flowers to the Noe family.