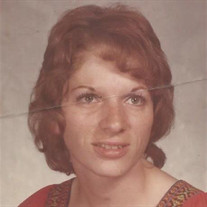 SCAMMON, KS – Edwina R. Cowan Johnson, 69, of Scammon, died October 27, 2016 at the home of her daughter in Girard, KS. She was born September 29, 1947 in Ft. Scott, KS the daughter of Raymond and Irene Duerson Cowan. She had been a resident of Scammon for six months, moving from Arkansas. She worked as a Laboratory Technician at Mercy Hospital in Ft. Scott, KS. Membership was held in the Countryside Christian Church in Riverton, KS. Survivors include four daughters Donna Gravitt of Scammon, Laurie Leer of Claremont, CA, Lisa Leer of Girard, and Laramee Leer of Pittsburg, one son Kenneth Thron of Deerfield, MO, one sister Pauline Spivey of Wichita, KS, 16 grandchildren and 15 great-grandchildren. She was preceded in death by her parents, one brother Robert Paul “Bud” Cowan, one sister Kerry Post, one daughter Amanda Leigh Thron and one grandson Gary Wayne Leer, one great-grandson Kynden Joel Eugene Gillen. Private graveside services will be at a later date. A memorial has been established to the American Cancer Society in care of the Bath-Naylor Funeral Home, 522 S. Broadway in Pittsburg, KS. Condolences may be left at our web site www.bathnaylor.com.

The family of Edwina R. Cowan Johnson created this Life Tributes page to make it easy to share your memories.