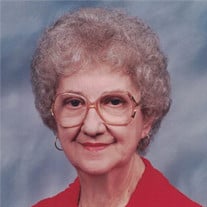 Edith Marie Sachetta was born on January 4, 1924 to Pete Ferraro, Sr. and Loretta Vetero Ferraro in Carona, Kansas. Edith attended local schools and she entered the workforce after attending school. She worked for three years at the Kansas Army Ammunition Plant. On August 27, 1947 she married Angelo Sachetta at St. Bridget’s Catholic Church in Scammon, Kansas. Edith and Angelo began their life together in Weir, Kansas and later in 1952 they bought the Holt Store in Hallowell, Kansas. They began their long career in the “mom and pop” deli and market business. Edith and Angelo offered their customers quality cuts of meat, home cooked meals and deli foods to go. And they prepared their famous sandwiches daily for the convenience and pleasure of their customers. They owned and operated Angelo’s until 1983 when they retired. Edith thoroughly enjoyed everyone who came into their store, and she especially looked forward to visiting with the children of the family’s who shopped at her store. Edith was a member of the Sacred Heart Catholic Church in Chetopa, Kansas and later became a member of Mother of God Catholic Church in Oswego and Alter Society. The last few years Edith moved to Oakview Estates in Frontenac, KS, and most recently Edith resided at the MedicaLodges in Frontenac. Survivors include many neices, nephews, great-nieces, great-nephews, great-great-nieces, and great-great-nephews. Edith’s husband Angelo preceded her in death as well her parents; six brothers, Joe, Frank, Mike, Victor, Jimmy, and Pete, Jr. Ferraro; and five sisters, Pauline Ducroux, Lilly Getto, Annie Decicco, Minnie Parise and Dorothy Ferraro. Mass of Christian Burial will be 10:30 a.m. Tuesday, August 1, 2017 at the Mother of God Catholic Church in Oswego, KS with Father Larry Parker and Father Thomas Stroot as celebrant. Burial will follow in the St. Bridget's Cemetery. The parish rosary will be recited at 6 p.m. Monday at the Bath-Naylor Funeral Home in Columbus where the family will receive friends following until 7 p.m. Condolences can be left at our website at www.bathnaylor.com Memorial contributions can be made to the Mother of God Catholic Church of Oswego. Memorials may be brought by or mailed to the Bath-Naylor Funeral Home 611 S. East Ave. Columbus, KS.

Edith Marie Sachetta was born on January 4, 1924 to Pete Ferraro, Sr. and Loretta Vetero Ferraro in Carona, Kansas. Edith attended local schools and she entered the workforce after attending school. She worked for three years at the Kansas... View Obituary & Service Information

The family of Edith Marie Sachetta created this Life Tributes page to make it easy to share your memories.

Send flowers to the Sachetta family.