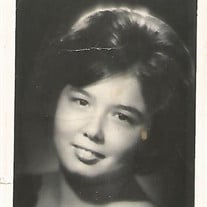 PITTSBURG, KS – Diane K. Redd, 69, of Pittsburg, died at 10:10pm, Friday, September 11, 2020 at Via Christi Health in Pittsburg. She was born April 23, 1951 in Des Moines, Iowa the daughter of Gene and Betty Monohon. She had been an area resident for most of her life. She was graduated from Southeast High School in Cherokee, KS. She married David A. Redd, on November 15, 1982 in Girard, KS and he survives at the home in Pittsburg. Mrs. Redd worked in the laundry service at Beverly Nursing Home for many years, before ill health forced her retirement. She was of the Baptist faith. Survivors in addition to her husband, include two step-sons Ricky Joe Redd and his wife Jennifer of Pittsburg and Larry D. Redd and his wife Tara of Frontenac, two brothers Dewayne Monohon and his wife Susie of Pittsburg and Ronnie Monohon and his wife Brenda of Mulberry, one sister Cathy Reece and her husband Dennis of Bolivar, MO, 10 grandchildren including Adam Redd, Ashlie Redd, Olivia Redd, Samantha Redd, Kait Redd, Hannah Redd, Matthew Ridenour, Michael Lawson, Siara Lawson and KayLee Scholes, 12 great grandchildren, several nieces and nephews, many friends including her best friends Teresa McClure and Lisa Frayer. She was preceded in death by her parents, one sister Debbie Christianson, three brothers Leroy Monohon, Dennis Monohon and Gary Monohon. Funeral services will be 2 pm, Thursday, September 17, 2020 at the Bath-Naylor Funeral Home, 522 S. Broadway in Pittsburg, with the Rev. Daryl Gaddy, officiating. The eulogy will be given by Teresa McClure. Pallbearers will be Larry Redd, Ricky Redd, Adam Redd, Matthew Ridenour, Michael Lawson and Robert Cleghorn. The service will be live streamed on our web site www.bathnaylor.com on Mrs. Redd’s obituary page. Burial will be in the Crocker Cemetery. The family will receive their friends from 6 to 7 pm Wednesday, September 16, 2020 at the funeral home. Friends may call any time after 3 pm on Wednesday at the Bath-Naylor Funeral Home in Pittsburg. A memorial has been established in lieu of flowers to Breast Cancer Awareness in care of the funeral home. Condolences may be left at our web site www.bathnaylor.com.

The family of Mrs. Diane K Redd created this Life Tributes page to make it easy to share your memories.