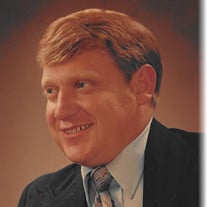 David L. Hart, a former Columbus, KS resident, died August 16, 2017 in Springfield, Missouri. David was born in Columbus, KS Oct 27, 1946, son of now deceased Fern and Leslie Hart of Columbus, KS. David grew up in Columbus, attended Columbus city schools and graduated from CRHS in 1964. He entered the US Navy shortly thereafter and served 4 years, which included service as a quartermaster 3rd Class aboard the aircraft carrier USS Ranger in Southeast Asia. The Ranger provided air and ground combat support to the troops during the Vietnam war. David was awarded the National Defense Service Medal, Navy Good Conduct Medal, Navy Commendation Medal, Vietnam Service Medal, and Republic of Vietnam Campaign ribbon. After his honorable discharge from the Navy he joined the Tennessee Gas Company as a pipeline technical engineer which took him and his family to multiple assignments in the Northeast United States. He retired after 25 years and settled in Springfield, Missouri where he was employed by Siemens Energy for an additional 8 years. David is survived by his first wife and mother of their two daughters, Dianne Hart of Richmond VA, daughters Michele Hart of Half Moon Bay, CA and Rebecca Hart also of Richmond VA, one brother, Kenneth of San Antonio, 3 sisters, Jacqueline Stark of Carl Junction, Carloyn Henderson of Scammon, KS and Judy Martin of Columbus, KS. Memorial services are scheduled Monday, August 28, 2017 at 11:00 AM at the Park Cemetery in Columbus, KS. Condolences may be left at www.bathnaylor.com. Arrangements and services are under the direction of Bath-Naylor Funeral Home of Columbus, KS.

The family of David L. Hart created this Life Tributes page to make it easy to share your memories.

Send flowers to the Hart family.