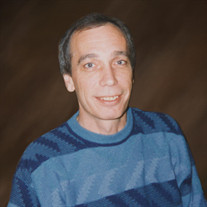 Danny Ray Wilderman, 67, Pittsburg KS died at 8:15 am, Thursday, October 27, 2016 at his home surrounded by his family. He was born January 3rd, 1949 in Pittsburg KS to Lawrence & Beulah Wilderman. He attended Pittsburg schools and Pittsburg State University. He married Kimberly McCullough on January 15th 1972. During high school Danny enlisted in the Marine Corp where he served as a tank mechanic and crewman during the Vietnam War. He belonged to the Alpha Company 1st Tank Battalion 5th Marines where he fought in the battle for the Citadel in Hue, which was the fiercest engagement of the Tet offenses. Danny’s tank led the assault and was the first tank to enter the city where they faced horrific artillery and sniper fire. Out of 20 men in his platoon, only Danny and one other Marine survived the battle in Hue City. Danny owned and operated the historic Pla-Mor Pool Hall for many years. Danny loved to play pool & cards, but the greatest joys of his life were his children & grandchildren. Danny is survived by his wife Kimberly Wilderman; children, Jason Wilderman and girlfriend Chelsea of Frontenac and their children Jayden, Cash, Chance, Maddoc, & Cole; sons Matt Wilderman, and Mike Wilderman both of Pittsburg; brother Lawrency “Larry” Wilderman and wife Deborah of Hawaii, Steve Wilderman and wife Vicky, Mike Wilderman, Kevin Wilderman, David Wilderman and wife Donna, all of Pittsburg; along with many nieces & nephews. He is preceded in death by his parents, a brother James Wilderman, and two sisters Karen Jent & Lori Wilderman. A celebration of life is scheduled for Sunday, October 30th at 1pm at The Break Pool Hall & Lounge, formerly known as the Pla-Mor. All are welcome to attend and celebrate Danny’s life. Graveside services will be 10am, Monday, October 31st at Highland Park Cemetery in Pittsburg, with Rev. Daryl Gaddy officiating. In lieu of flowers, please send donations to Shriners Hospitals for Children, these may be left at or mailed to the funeral home. Condolences may be left at bathnaylor.com. The family would like to thank Avalon Home Care and the entire Hospice staff at the VA Hospital for their compassion & care. Services are under the direction of the Bath-Naylor Funeral Home 522 S. Broadway, Pittsburg, KS.

Danny Ray Wilderman, 67, Pittsburg KS died at 8:15 am, Thursday, October 27, 2016 at his home surrounded by his family. He was born January 3rd, 1949 in Pittsburg KS to Lawrence & Beulah Wilderman. He attended Pittsburg schools and Pittsburg... View Obituary & Service Information

The family of Danny Ray Wilderman created this Life Tributes page to make it easy to share your memories.

Send flowers to the Wilderman family.