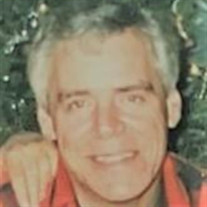 PITTSBURG, KS – Danny Dean Lyons, 65, of Pittsburg, died January 11, 2021 at his home. He was born August 5, 1955 the son of Donald “Doc” and Virginia Payne Lyons. He had lived in Pittsburg for the past 15 years, moving from Ft. Scott, KS. He was graduated from Ft. Scott High School. He married Mary (Workman) Ramsey in 1987 in Iola, KS and she preceded him in death on January 12, 2016. Mr. Lyons was a farmer and later worked in the construction business. Survivors include sibling Don Lyons and wife Kay of Peoria, AZ and niece Kayla Lyons of Surprise, AZ, children/grandchildren Abbey Lyons and children Lennon and Lauren of Merriam, KS, Amanda Lipari and children Isabelle and Ava of Kansas City, KS, Danny Dean Lyons III of Kansas City, MO, Lance Ramsey and wife Jill of Lone Elm, KS and Rhonda Mosby of Big Springs, KS, grandchildren/great grandchildren Kellen Ramsey of Lone Elm, KS, Jory Ramsey of Shawnee, KS, Krysta Duft and husband Cody and Children Cale and Whit of Gardner, KS. He was preceded in death by his parents, his wife Mary, a sister Sarah Lyons in 1971 and a brother James “Jim” Lyons in 2014. A celebration of his life will be Saturday, January 30, 2021 from 3 to 6 at Luther’s BBQ in Ft. Scott, KS upstairs in the River Room. The family suggests expressions of sympathy be in the form of memorials to the Southeast Kansas Humane Society in care of Bath-Naylor Funeral Home & Crematory, 522 S Broadway in Pittsburg, KS 66762. Condolences to the family may be left at our web site www.bathnaylor.com.

The family of Danny Dean Lyons created this Life Tributes page to make it easy to share your memories.

Send flowers to the Lyons family.