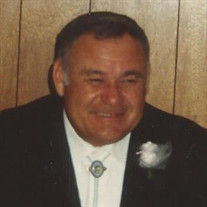 SCAMMON, KS – Charles Martin Oplotnik, 74, a life-long Cherokee County farmer of rural Scammon KS passed away at Mercy Hospital in Joplin, MO on February 17, 2018. Charles was born at the family home on October 22, 1943 to his mother Maudy (Downs) Oplotnik and his father Martin Oplotnik both of rural Scammon area. He graduated from Southeast High School in 1962, after going to school in Carona, KS and West Mineral, KS. He was a life-long farmer in Cherokee County, Kansas, raising chickens for eggs, cattle and raising crops on his own farm also doing custom hay bailing and combining. He married Beverly Myers of Joplin, MO and along with her daughter Stephanie Myers they continued to farm until Beverly and stepdaughter Stephanie were killed in separate automobile accidents. He married his second wife Diane (Lee) Oplotnik on August 21, 1993. They both enjoyed farming and going to flea markets. Left behind is his wife Diane Oplotnik of the home at rural Scammon, his brother Danny Oplotnik and his wife Janette (Pomotto) Oplotnik of Columbus. Several nephews and nieces Jonathan Oplotnik and wife Shantel of Brownwood, TX, Joseph Oplotnik of Oklahoma City, OK, Richard Lodgaard of Upper Marlboro, MD, Katina Hodgson and husband Duane of Chetek, WI, Amanda Lee of Lincoln, AR, Jolene Jones and husband Larry of Fayetteville, NC, Shannon Lee and wife Susan of Chapin, SC and several grand-nephews and nieces. He was preceded in death by his father and mother Martin and Maudy (Downs) Oplotnik, his first wife Beverly Myers Oplotnik and step-daughter Stephanie Myers, several aunts and uncles. Funeral services will be 11 am Saturday, February 24, 2018 at the Bath-Naylor Funeral Home, 104 W. Main St., Weir, KS with the Pastor Duane Elmore, officiating. The family will receive their friends from 10 to 11 am Saturday at the funeral home. The organist will be Angela Elmore. Pallbearers will be Brad Bole, Chris Bole, Craig Bole, Jonathan Martin Oplotnik, Joseph Dominic Oplotnik, and Tommy Humble. Honorary pallbearers will be David Humble and Robbie Carpino. Burial will be in the Lone Elm Cemetery in Cherokee County, KS. A memorial has been established to the Lone Elm Cemetery in care of the funeral home. Condolences may be left at our web site www.bathnaylor.com

The family of Charles Martin Oplotnik created this Life Tributes page to make it easy to share your memories.

Send flowers to the Oplotnik family.