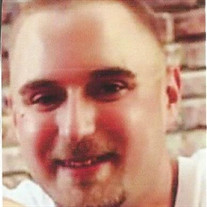 PITTSBURG, KS – Bryan Seth Claeys, 29, of Pittsburg, died February 16, 2018 at his home. He was born May 19, 1988 in Fort Knox, Kentucky the son of James Claeys and Pamela Conley. He had been a resident of Pittsburg for most of his life attending Frontenac High School and was a graduate of Pittsburg High School. He was graduated from Pittsburg State University with his degree in Environmental Sustainability. Bryan was a veteran of the Iraq Persian Gulf war serving as a corporal in the US Army as a cavalry scout for three years and six months. He received the Army commendation Medal, Purple Heart, National Defense Service Medal, Global War on Terrorism Service Medal, Iraq Campaign Medal, Campaign Star, Army Service Ribbon, Overseas Service Ribbon and the Bronze Star. He attended Our Lady of Lourdes Catholic Church in Pittsburg and was a member of the Benjamin Fuller American Legion Post #46 of Pittsburg. Survivors include three sons Emmett James Claeys, Abel Jay Claeys and Atticus Conley Claeys, one daughter Harper Lee Claeys, and their mother Nancy Cooper all of the home, his father and step-mother James and Carol Claeys of Pittsburg, his mother Pamela Maxwell of New Philadelphia, Ohio, three brothers, twin brother Nicholas Dean Claeys of Lee’s Summit, MO, Joshua Maxwell of Ohio and Douglas Schroeder of Pittsburg two sisters Tia Maxwell of Ohio and Tabitha “Tabby” Claeys of Pittsburg. He was preceded in death by his fallen brother in arms. Mass of Christian Burial will be 10:30 am Wednesday, February 21, 2018 at Our Lady of Lourdes Catholic Church in Pittsburg with Father Michael Baldwin as celebrant. Pallbearers will be members of the Benjamin Fuller American Legion Post #64, William “Billy” Haynes, Duane J. Lange, Jesse Pryor, Brandon Buck, Jared Barr, Kelley Macek, and Steve Wood. The parish rosary will be prayed at 6:30pm Tuesday, February 20, 2018 at the Bath-Naylor Funeral Home, 522 S. Broadway in Pittsburg, KS. The family will receive their friends after the rosary service at the funeral home. Burial will be in the National Cemetery in Fort Scott, KS. Full military honors will be conducted by a US Army contingent from Fort Riley, Kansas and the Benjamin Fuller American Legion Post #64 of Pittsburg. Escort will be provided by the Patriot Guard. A memorial has been established in his memory for the Claeys children in care of the funeral home. Condolences may be left at our web site www.bathnaylor.com.

PITTSBURG, KS &#8211; Bryan Seth Claeys, 29, of Pittsburg, died February 16, 2018 at his home. He was born May 19, 1988 in Fort Knox, Kentucky the son of James Claeys and Pamela Conley. He had been a resident of Pittsburg for most of his life... View Obituary & Service Information

The family of Bryan Seth Claeys created this Life Tributes page to make it easy to share your memories.

Send flowers to the Claeys family.