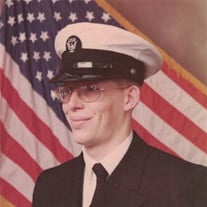 Bruce James Love., 63, of Pittsburg, Kansas passed away February 3, 2019 at Via Christi Hospital in Pittsburg. He was born March 9, 1955 in Newton, Kansas the son of Eugene and Betty (Buller) Love. Bruce was drafted by the Cincinnati Red’s Baseball team before graduating high school but an injury forced him to forego that dream. He graduated from Newton High School in 1973 and attended college at Wichita State University. He served in the US Navy and worked for K-DOT as a Road Crew Inspector for 9 years. He married the love of his life, Debra Fricke on June 13, 1981, she resides at the home. Bruce was a big supporter for the Pittsburg High School Soccer team. He enjoyed fishing, bowling, golfing and spending time with his wife and 3 boys. He is survived by his wife; Debra Love, 3 sons; James E. Love II of Cherokee, KS, Jefferson Love of Cherokee, KS, Justin Love of Cherokee, KS, his beloved Boxer, Chewy, 1 sister; Laurie (Chris) Whitty of Alice, Texas and several cousins, nieces and nephews. Bruce was preceded in death by his parents and sister Debra Allison. Memorial services will be held at 11 AM, Friday, February 8, 2019 at the Zion Lutheran Church in Pittsburg. 102 West Jackson Street. A visitation will be held Thursday, February 7th from 6-7 PM at Bath-Naylor Funeral Home in Pittsburg. A private inurnment will be held at the Zion Lutheran Cemetery at a later date Memorials may be left to the S.E.K Humane Society; these may be left or mailed to the funeral home. Condolences may be left at www.bathnaylor.com. Arrangements are under the direction of the Bath Naylor Funeral Home of Pittsburg.

Bruce James Love., 63, of Pittsburg, Kansas passed away February 3, 2019 at Via Christi Hospital in Pittsburg. He was born March 9, 1955 in Newton, Kansas the son of Eugene and Betty (Buller) Love. Bruce was drafted by the Cincinnati Red&#8217;s... View Obituary & Service Information

The family of Bruce James Love created this Life Tributes page to make it easy to share your memories.

Send flowers to the Love family.