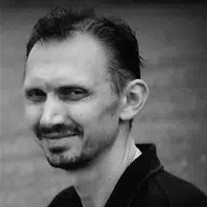 COLUMBUS, KS – Brian David Phelps, 45, of Columbus, passed away November 13, 2017 in Kansas City, Kansas. He was born January 1, 1972 in Columbus, Kansas, the son of Lawrence “Bud” and Carol (Schultz) Phelps. He was a graduate of Columbus High School, Pittsburg State University and University of Kansas. He was a loving and devoted husband and married his best friend Michelle Norris on July 6, 1996 in Columbus, Kansas. He loved traveling with his wife and dog, Kadie, riding his bicycle, going on walks, hiking in Colorado, and spending time with family and friends. Brian was a Pharmacist at Evan’s Drug. He loved being able to counsel and help educate his patients in any way he could. He had a very strong faith and was a member of The First United Methodist Church in Columbus. Survivors include wife; Michelle Phelps of Columbus, KS, in-laws Charlie and Pat Norris of Columbus, KS, parents; Lawrence and Carol Phelps of Crestline, KS, sister-in-law and brother-in-law Bob and Cindy Ellis, Joplin, MO, sister-in-law Melanie Kalar, Columbus, KS, and sister and brother-in-law Carrie and Brad Larue, Chanute, KS, nieces and nephews (Brian and Kelly Ellis, Lindsay and Shaun Kloer, Devin and Ali Martinez, Zach, Jake, and Maggie Larue), great nieces and nephew (Olivia, Drew, and Grace Kloer) and his Jack Russell Terrier Kadie. He was preceded in death by his paternal and maternal grandparents. A Graveside service will be 1:00 pm on Saturday, November 18 at the Columbus City Cemetery in Columbus, KS. A memorial has been established in the name of The Brian Phelps Memorial Foundation at Labette Bank in Columbus, KS. Funds will be distributed to various charities and causes at a later date. Condolences may be left at our website www.bathnaylor.com. Arrangements are under the direction of Bath-Naylor Funeral Home of Columbus, KS.

The family of Brian David Phelps created this Life Tributes page to make it easy to share your memories.

Send flowers to the Phelps family.